Manon Chesnel, third year student of DNMADE (National Diploma of Art and Design Professions) in Graphic Design at the Lycée des Arènes in Toulouse, contacted us for the realization of her thesis on the smell and the possibilities of its insertion within the graphics.

She wanted to direct her memory project towards the realization of an exhibition that could be adapted to public cultural spaces, such as museums, and evoke a historical period through smell.

The subject she determined was Toulouse under German occupation during World War II.

We accompanied Manon in the creation of specific scents related to the historical period mentioned through three people from the Toulouse resistance: Angèle, Marise & Jean-Pierre.

Here are the characters and their scents:

Angèle Del Rio Bettini: Spanish exile, at 18, she organized with 6 friends the first act of resistance in Toulouse by dropping leaflets on the procession of Marshal Pétain which passed rue Alsace Lorraine.

Marise Crémieux-Hurstel : young Jewish girl who hid from house to house with her family during the Occupation and who kept a diary which has now been published.

Student at the Sorbonne, Jean-Pierre Vernant engages by anti-fascism in the Young Communists. Received first in the aggregation of philosophy in 1937, he was mobilized in the infantry in 1939. Demobilized in August 1940 while he was in Narbonne with his brother, Vernant immediately engaged against Vichy: equipped with a small portable printing press, the two brothers distributed leaflets calling for resistance. Appointed professor of philosophy at the Lycée de Garçons de Toulouse, he met Raymond Badiou and Ignace Meyerson, two teachers with whom he frequented the anti-fascist think tanks led by intellectuals such as Georges Friedmann, Vladimir Jankélévitch, Paul Dottin, Raymond Naves or Jeanne Modigliani . He joined the Liberation-South movement and, after the invasion of the southern zone in November 1942, took charge of the Secret Army in the department. He organized the transport of weapons and equipment, sabotage operations, the neutralization of agents in the service of the Gestapo, and the recovery of information. In October 1943, he narrowly escaped an operation by the Vichy police at the headquarters of the Secret Army, in the Saint-Aubin district. He managed to free his comrades from the Centrale d’Eysses in January 1944. In May 1944, Jean-Pierre Vernant, known as “Berthier”, took command of the FFI in Haute-Garonne. He continued this intense clandestine activity by assuming his professorship, and it was only forced by the threat of an arrest that he went into total secrecy in May 1944. Alongside Colonel Serge Ravanel, he developed the plans for the Toulouse insurrection, leading to the liberation of the city on August 19 and 20, 1944. In particular, he succeeded in bringing all the local gendarmerie into the ranks of the Resistance.

The exhibition referenced the work of Toulouse photographer Germaine Chaumel 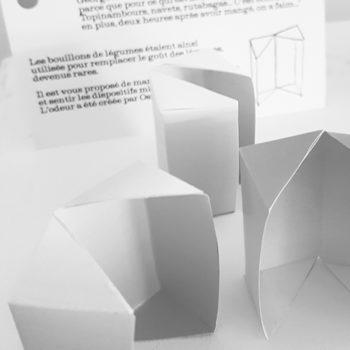 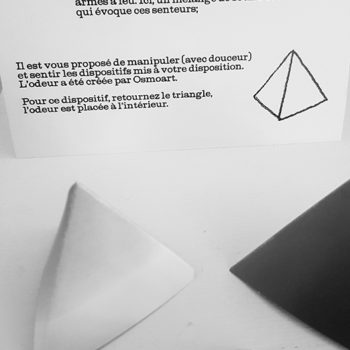 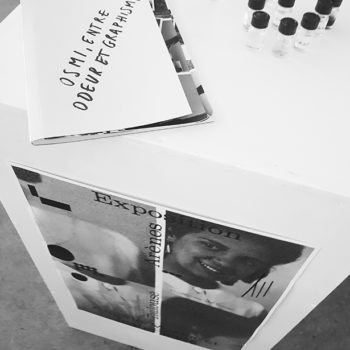 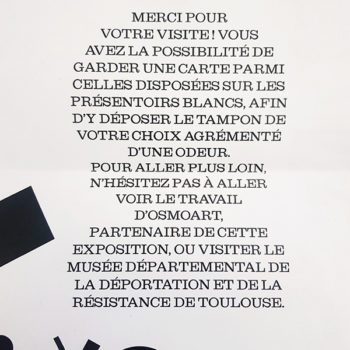 PERFUMER OF THE GREAT SPACES

THE SEA, an olfactory concert

PLANTS OF THE PERFUMER, SHADES OF THE DESIGNER

IT SMELLS THE GHOST!

THE COLOR OF AN ODOR

YUREI : FRAGRANCE OF A GHOST

PERFUME THE STREET WITH FLOWERS